Just call what’s happening right now in the stock market ahead of the holidays a mini market melt-up, not the final stages of a bubble inflating.

“I wouldn’t call this a bubble,” Invesco chief markets strategist Brian Levitt said on Yahoo Finance’s The First Trade. “Bubbles are an extreme deviation from the fundamentals, and I don’t think we are there. Price to earnings ratios are a little bit elevated, but not extreme. Usually you have this type of euphoria build, we are nowhere near euphoria. People still like bonds. I think people use the word bubble to suggest markets are overvalued, I think that’s dangerous to conflate the two.”

Either way, this is a market on autopilot.

Thank you Federal Reserve for your low interest promise (again) last week, and third interest rate cut of the year. And a happy Monday to you U.S. Commerce Secretary Wilbur Ross — your bullish comments on the phase one trade deal Monday morning have only helped to ignite a market ginned up on the Fed’s low interest rates.

The S&P 500, Dow Jones Industrial Average and Nasdaq Composite notched fresh records just after market open on Monday. The Dow hit a new intraday high for the first time since July 16. Both the S&P 500’s and Nasdaq’s most recent intraday highs had been last Friday.

Bullishness is indeed permeating Wall Street at the moment.

Meanwhile, the small-cap Russell 2000 is hovering around a one-year high (after lagging for a good portion of the year). The NYSE’s advance/decline line is at a record, and short interest — or bets against stock prices falling — continues to decline. Investors are unwinding defensive trades in the consumer staple sector put on over the summer amid recession fear, and going back into often riskier tech names such as Amazon (AMZN) and Netflix (NFLX).

In short, the market rally is spreading like a weed.

“Our long-term view on equities is quite simple, though perhaps counter-intuitive. Slower economic growth will extend the business cycle, reduce volatility, depress interest rates (and spreads), and reward capital-light business models, resulting in a more abundant return of capital to shareholders. Such a backdrop naturally favors Low Vol and Growth stocks over Value, and the U.S. over other regions,” said Credit Suisse strategist Jonathan Golub. “Given the shifting backdrop, we now believe investors would be well served to reposition their portfolios toward Value stocks over Low Vol and Growth, and more Cyclical groups over Defensive names.”

Golub’s upbeat views on stocks is the general consensus currently on the Street.

Market is on autopilot

Believe it or not, most on Wall Street think what we are witnessing with this autopilot market is healthy. Valuations aren’t at extreme levels synonymous with bubbles and there remains a good amount of cash on the sidelines readying to be put to work.

That said, all of this isn’t to say this market rally could steamroll into 2020 without being tested. It’s very likely Fed officials will try to deflate some air out of the equities market balloon they have helped inflate. Moreover, the U.S. trade war is alive and kicking despite the eventual signatures of President Trump and China’s President Xi Jinping on a phase one trade deal document.

But in the meantime, rally on. And to Trump’s tweet specifically on the markets… get ready to have a bumper holiday season. 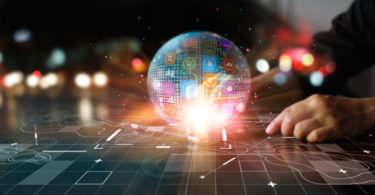 With this list of the best growth stocks to buy, you might uncover the “next big stock.” For many... The stock market has been on a fantastic run in the past year and a half. Since bottoming out in...