Stocks are on a comeback rally from the depths of the Aug. 14 sell-off, when the Dow suffered its fourth worst point drop in history. As recession fears began to ease, stocks moved sharply higher, with the S&P jumping 3% in just three short trading sessions.

And history shows that when the stock market moves upward at such a quick pace, this momentum typically keeps going.

The massive sell-off left the Dow Jones Industrial Average plunging 800 points, or 3%, for its biggest drop of 2019 amid a recession signal from the bond market. The yield on the benchmark 10-year Treasury note briefly broke below the 2-year rate. The inversion of this key part of the yield curve has been a reliable indicator of economic recessions.

But the market rallied back Thursday, with the Dow ending its volatile trading day higher by almost 100 points, after retail giant Walmart’s strong earnings and solid retail sales figures. Retailers Kohl’s and Home Depot have followed suit, and now energy stocks — the worst-performing S&P sector this year — may be staging a comeback: Geopolitical tensions in Saudi Arabia sent the XLE ETF, which tracks energy stocks, surging over 2% on Monday.

With the Trump administration now signaling progress on trade negotiations, investors are optimistic. Markets rallied after the U.S. Trade Representative office stated that certain items were being removed from the new tariff list, while duties on others would be delayed until mid-December.

According to data from Kensho, a machine learning tool used by Wall Street banks and hedge funds to identify potential trades based on market history, this upward momentum could continue for another month.

Kensho data reveals that over the past five years, the S&P has gained at least 3% in three trading days on 16 other occasions. Following these moves, the bullish trend tends to continue. 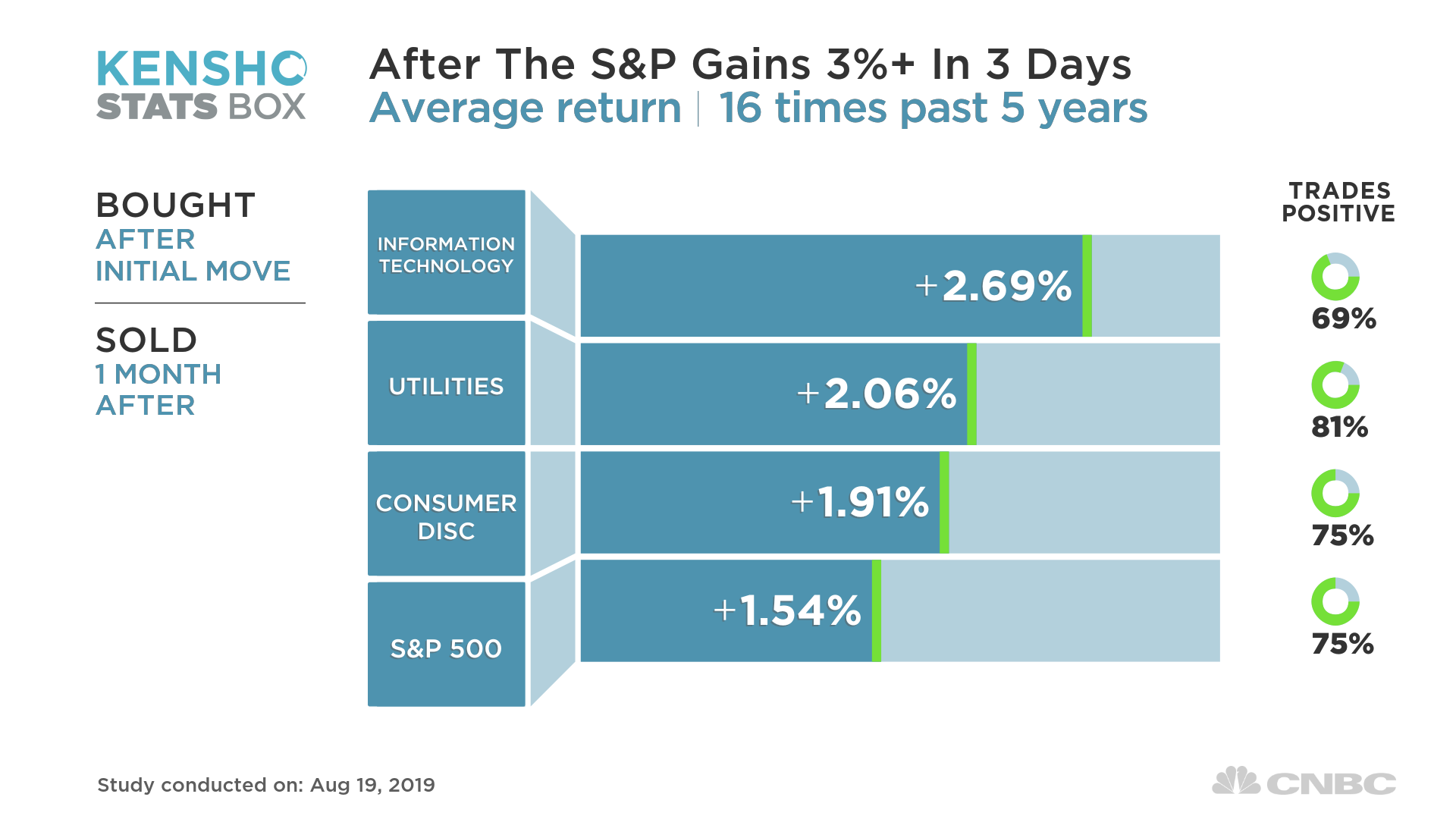 The top-performing sectors in these periods have been information technology, utilities and consumer discretionary.