In an instant, all the traffic lights in Manhattan turn green at the same time.

At the same moment, 3,000 miles away, all the cars in LA with OnStar systems lose braking power.

In Galveston, an oil tanker runs aground, ripping open its hull and spilling tons of oil into the Gulf of Mexico. The captain and crew are baffled as to why the ship’s satellite GPS shows them at a location three miles from where the ship actually ran aground.

Then the lights go out… across the entire I-95 corridor.

Panic grips the nation. The looting slowly but surely starts… and all hell soon breaks loose.

Thousands of miles away, a cell of hackers tucked away in a secure location cackle like hyenas as they watch the chaos unfold.

This Isn’t Some Far-Fetched Scenario

You can be sure state-sponsored hackers and lone wolves are working tirelessly to make all this and more happen.

It’s plausible because our integrated networks and systems are extremely vulnerable — much more vulnerable than most government officials or corporate executives would ever care to admit.

According to Statista data:

The WannaCry attack on Yahoo in 2016 is still the largest-scale hack ever, exposing over 3 billion accounts. The frequency of large-scale attacks, however, is at crisis levels. These attacks are costly as well. Statista reports that large enterprises with 1,000 or more employees not only saw the highest rate of attacks last year but that each attack cost $500,000 in damages on average. 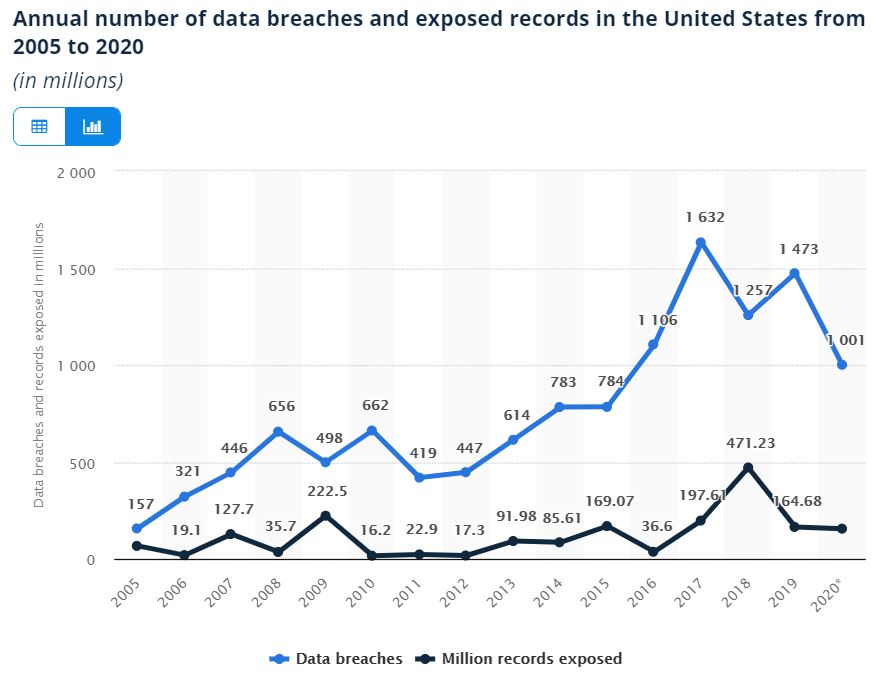 Last December, the attack targeting Texas IT service provider SolarWinds resulted in serious, wide-ranging breaches in the U.S. Treasury and Commerce departments. Russian operatives have been implicated in the attack.

In another recent brazen attack, hundreds of thousands of Microsoft Exchange users around the world were targeted as part of a Chinese-linked hack. Other companies that have fallen victim to major hacks, exposing hundreds of millions of accounts, include Adobe, Equifax, Marriott, NetEase, and Zynga.

Molson Coors Is the Latest Victim

Molson Coors (NYSE: TAP), the brewer behind the Miller and Coors brands as well as popular hard seltzers and other nonalcoholic beverages, revealed Thursday in an SEC filing that it has suffered a “cybersecurity incident” that has disrupted its operations.

According to the filing, the company reports the hack has taken its systems offline, which in turn has delayed and disrupted parts of Molson Coors' operations, including production and shipping. As of right now, the extent of data exposure is unknown and no one has claimed responsibility for the attack.

We have engaged a leading forensic IT firm to assist our investigation into the incident and are working around the clock to get our systems back up as quickly as possible. We will continue to communicate with our business partners with updates.

Despite the very real threats we face each and every day, the last thing we can do is let that fear impact the way we live our lives.

Nothing quashes angst like a fat payday. That’s why we’re going to turn this fear into opportunity.

The simplest way to do this is with the PureFunds ISE Cyber Security ETF (HACK).

The HACK ETF is a cybersecurity play that should find plenty of buyers in the wake of the most recent threats. Moreover, HACK is an ETF that corresponds to the Prime Cyber Defense Index, which tracks global companies that are direct service providers for the cybersecurity industry.

If you’re looking for a single stock to capitalize on, the clue as to where to park some funds lies in Adam Collins' quote above. I expect cybersecurity companies positioned in the forensic IT service industry to sign some major contracts this year in the wake of recent attacks. In short, these companies should expect to become fixed costs rather than variable costs for any company concerned about its cybersecurity. That should send revenues soaring for many firms in this sector.

The lead dog in this sector is FireEye (NASDAQ: FEYE). The company offers world-class forensics services and is the company that uncovered the SolarWinds hack.

You have the info. The ball is in your court now.